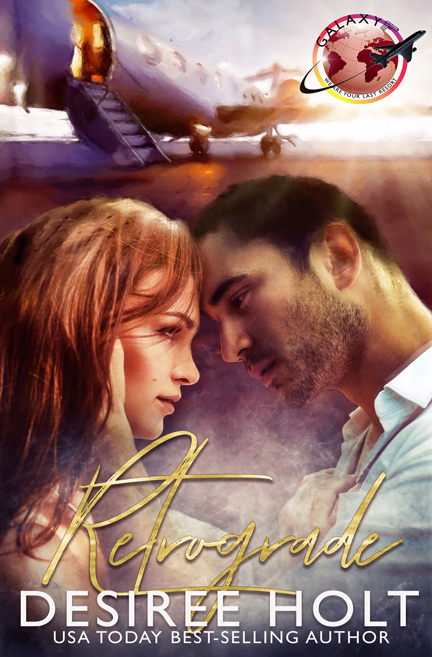 The sky is the limit with Galaxy

The men of Galaxy are your last resort

They are four hot, sexy men, (John “Rocket” Hardin, Matt “ Viper” Roman, Scott “Blaze” Miranda and Vic “ Eagle”  Bodine), former SEALS and lifelong friends. They served their country well, and winning billions in the Powerball lottery allows them to continue to serve –creating an agency that takes cases others refuses. Their only office is in their plane. Their skills are limitless. Their missions often the blackest of black ops. Their commitment unequaled. When everything else fails, Galaxy can save you. They play as hard as they work, addicted to no-holds-barred sex and none of them in the market for a relationship. One by one, however, they will fall for women who can give as good as they get. Get ready, because Galaxy is open for business.

Peyton West is desperate. Her brother-in-law is dead, her sister is in a coma and no one seems interested in finding any answers. With every door slammed in her face, she’s referred to Scott “Blaze” Hamilton and the men from super-secret Galaxy. Conducting meetings on a plane and digging into the underbelly of Tampa politics, she sees a ray of hope…and discovers Blaze lives up to his name in more ways than one. She crosses her fingers that the scorching sex will continue to blaze once the killer is found.

Was she looking for help with a book? Galaxy didn’t do that kind of stuff. It made them too visible.

He learned her sister and brother-in-law had recently been in a car accident, hit by a speeding vehicle in front of a hotel. The brother-in-law had been killed and the sister was still in a coma. Blaze vaguely remembered reading about it online when he was idly skimming—just three paragraphs, and there hadn’t been anything that rang his chimes. Hit and run, that was it. He hated those, because no one was ever made to answer for it, but nothing had seemed out of the ordinary.

Besides, Galaxy didn’t investigate auto accidents. That was what the cops were for. Did that mean she had an overactive imagination and there was little substance to whatever she wanted from him? He mentally shook his head. No, his brother was too much of a pragmatist to send him someone who saw shadows where there were none.

Before he checked further, he decided to reach out to Nolan and get the skinny on Peyton West and her situation. His brother shocked him by having five minutes free at that particular moment.

“She’s not a nutcase,” he said at once. “This isn’t something she made up for one of her novels, I promise you that. This is some serious shit and everyone everywhere is stonewalling her. If you can find out who the driver was, that ought to open up the whole can of worms. But I believe her, Blaze.”

He couldn’t ask for better validation than that.

He was waiting when the black sedan headed down the gravel drive exactly at four o’clock and parked by the hangar. All four of them tried not to prejudge clients before interacting with them. Appearances, as they all knew, could be very deceiving. But the woman who exited the Mercedes, tense and buttoned-up as she was, made every bit of saliva in his mouth dry up.

She was of medium height, the slacks and sweater she wore doing little to disguise the mouthwatering curves of her body or the natural sway of her hips as she walked. Thick, glossy chestnut hair was pulled back tightly into a ponytail. When she came close enough, he could see her eyes were a rich dark green that looked out at him from beneath chocolate lashes. Out of nowhere, he was seized with a desire to strip off her clothes and run his hands over her body.

Where the hell had this come from, anyway, and what the fuck was wrong with him? He never, ever reacted to clients like this. He’d better get his shit together in a hurry. And figure out why he had lost his brain somewhere on the tarmac.

But then his common sense caught up with him. He saw the rigid way she controlled herself, the look of strain etched into her face and the mixture of rage and panic that swirled in her eyes. It was a look he’d seen in so many of the clients who came to Galaxy. And that was enough to make his hungry dick, the one that had been looking forward to some action tonight, deflate in a hurry. This was business. A mission. This was what they did. What she was here for. Thank god for his SEAL discipline.

He held out a hand to her. “Scott Hamilton, but please, call me Blaze. We’re all used to our military code names.”

They had decided to use those with clients, since they addressed each other that way and there’d be less confusion.

“Peyton West. I have a desperate need for your help, and I can’t stress that word enough.”

He nodded toward the plane, waiting in front of the hangar. “All right. Let’s take a little flight to nowhere and you can tell me all about it.”

Where else can you find Desiree: