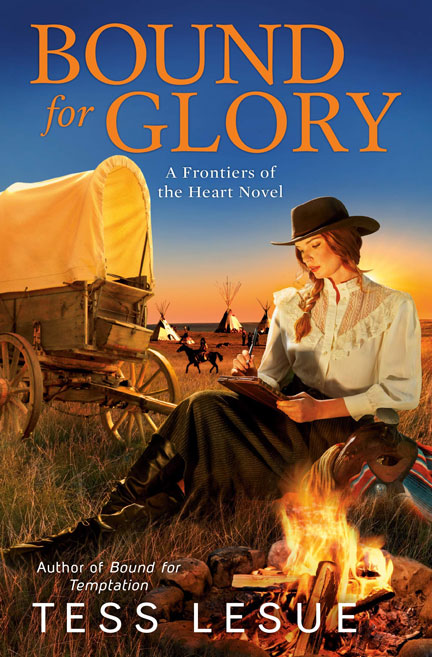 This is Ava and Deathrider’s story. Ava grew up with wealth, the daughter of a pampered mistress and rich father who cut ties with them. She couldn’t get away from New York City fast enough when her mother thought that setting her up in a similar situation would be the best life for Ava. Instead, Ava went west and wrote dime novels, mostly about Deathrider. Deathrider is an Indian, whose path she had crossed and never forgotten. When she heard things about him, they went into her novels, whether true or not.  What happens when their paths unintentionally and unknowingly cross again?

The story begins in 1850 in California, but chapter two begins one month earlier. This was confusing and a little disjointed for me and not because I hadn’t read the first three books in the series. There was enough information throughout that I could piece together some of what had happened before. The end of the book takes place at Fort Laramie, ten months after most of the story is told. I enjoyed this since it nicely tied into the story and gave some details about what had happened during that time. Since it took place over several chapters it gave a lot of specifics and ties into the epilogue, which takes place in Oregon in 1853.

Mistaken identities and many villains continued to provide twists in the story. The growing affection between Ava and her Indian, as she calls him, not knowing his name, pave the way for a wonderful romance.