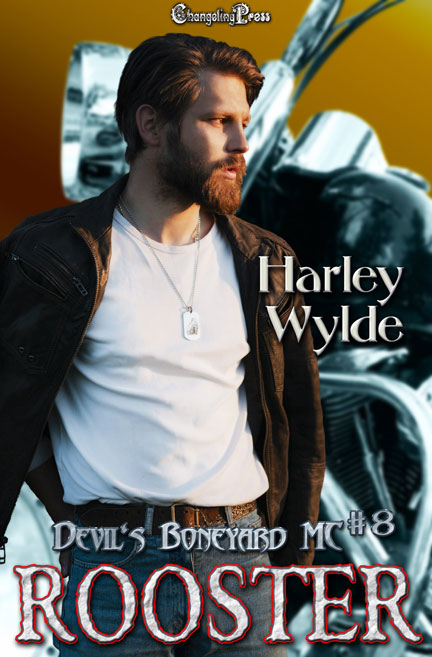 Rooster – Of all the women to capture my interest, it had to be the most stubborn, sexy, adorable woman on the planet. I love her mind, her sense of humor, and the way she fills out a pair of shorts. I don’t even mind that she’s an exhibitionist, as long as no one touches. Doesn’t matter to me her uncles were both rotten to the core. The Devil’s Fury may think she belongs to them, but I have other plans. Alora will be mine — no matter the cost. 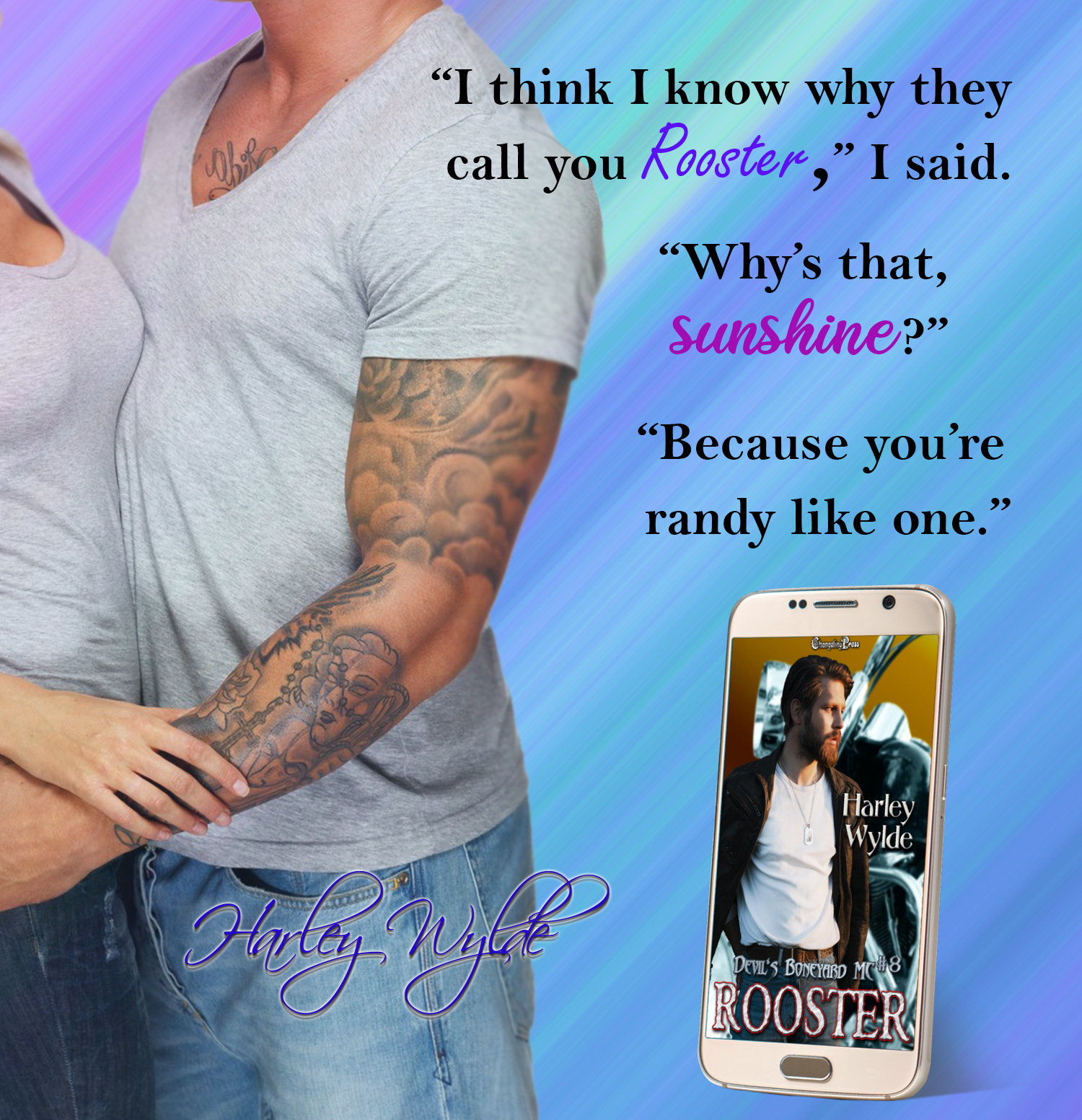 THE STORY BEHIND THE BOOK …

I don’t know about you, but the pandemic that never ends is… exhausting. My children took classes at home this past year, and I’ve had someone in the house with me every day since March 13, 2020 (because their spring break started right before the world turned upside down). I haven’t had a single moment alone since that date, and it’s starting to make me feel a little crazy. Even when I leave to buy groceries, someone goes with me.

I did actually take two short trips in May. My husband and I went out first ever trip together – alone – since having our first child almost twenty years ago. It was… freeing. And addicting. So we took a day trip a few weeks later, and it rejuvenated me. For a short time at least. I think I need another one of those breaks already. Maybe several of them. Heck, if I could figure out how to pull it off, I’d get a tiny house near the lake for an escape every two to three weeks. I don’t know about you, but I miss vacations. I miss being able to breathe without wearing a mask. And most of all, I miss having a few hours a day to myself, even if only for 2-3 days a week.

Typically, my biker romances tend to be on the darker side. When it came time to write Rooster, I was tired. So very tired. Not only from the pandemic, but it felt like the last year had sucked all the joy from the world. Even those two trips couldn’t quite displace all the turmoil and chaos COVID-19 had dropped into my world, and I realized if I feel that way, a lot of other people probably do too. So while Rooster is still a biker romance, I threw in as much humor as I could to try and lighten the story a bit. It not only made my soul feel a bit brighter, but I hope it makes my readers smile too, and gives them a break from all the gloom in the world these days.

Never fear. For those who are familiar with my books, I’ll be back to my usual darker themes soon enough. But until the world feels more “normal” I may toss in some humor when I can. While I have a husband who makes me laugh on a regular basis, not everyone is so lucky. It’s always my hope my books will give someone a few hours of enjoyment, an escape from the world, and it never hurts if some of those moments are filled with laughter.

Alora – I’ve prided myself on being a strong, independent woman and not needing anyone. I didn’t become a bestselling author by the age of twenty out of pure dumb luck. I worked my tail off to get as far as I have. But there are few perks to having a man in my life. Laughter, romance, and companionship. Battery operated boyfriends can only do so much. Too bad the guy who sets me on fire is a bossy biker who wants to claim me. No way I’m letting him label me as property. Nope. Not happening. Doesn’t matter if he does make my knees weak and my heart race. I’m not giving in!

Rooster – Of all the women to capture my interest, it had to be the most stubborn, sexy, adorable woman on the planet. I love her mind, her sense of humor, and the way she fills out a pair of shorts. I don’t even mind that she’s an exhibitionist, as long as no one touches. Doesn’t matter to me her uncles were both rotten to the core. The Devil’s Fury may think she belongs to them, but I have other plans. Alora will be mine — no matter the cost.

WARNING: Rooster is part of the Devil’s Boneyard MC series. There are adult situations and bad language. No cliffhanger. Happily-ever-after and laughter guaranteed!

The front door nearly rattled off the hinges when someone started pounding on it. If I hadn’t known King Kong was a fictional character, I’d think he was on my porch. What the hell?

I narrowed my eyes in the direction of the front entry and went to answer it. It wasn’t like I knew anyone in town. I’d only been here a month, which made it doubtful I’d pissed anyone off — yet. I yanked it open, ready to tear into whoever was on the other side, but stopped and stared.

The man arched his eyebrows and tipped his sunglasses down enough to peer over the top of them. God, why did I find that so sexy? He’d braced an arm against the doorframe and his muscles bulged. I licked my lips and tried to remember how to speak. As my gaze skimmed over him, it snagged on the black leather over his shoulders. F**k. It was one of the bikers.

His voice sent chills down my spine. He smirked, clearly knowing the effect he had on me. As***le.

“I don’t let strangers into my home,” I said. I peered over his shoulder and saw another man on a motorcycle at the curb. It seemed only one of them wanted to come into the house. Thank goodness for small favors.

He leaned in, the scent of cinnamon and cloves making me want to breathe in deep. “But we’re not strangers. You’re Twister’s niece, which makes you Devil’s Fury property. Since we consider them family, that makes you mine.”

My knees nearly buckled at his words. His?

When Harley’s writing, her motto is the hotter the better — off the charts sex, commanding men, and the women who can’t deny them. If you want men who talk dirty, are sexy as hell, and take what they want, then you’ve come to the right place. She doesn’t shy away from the dangers and nastiness in the world, bringing those realities to the pages of her books, but always gives her characters a happily-ever-after and makes sure the bad guys get what they deserve.

The times Harley isn’t writing, she’s thinking up naughty things to do to her husband, drinking copious amounts of Starbucks, and reading. She loves to read and devours a book a day, sometimes more. She’s also fond of TV shows and movies from the 1980’s, as well as paranormal shows from the 1990’s to today, even though she’d much rather be reading or writing.