Free Entry For All In The Inaugural Vivian Contest

HOUSTON—Today, Romance Writers of America (RWA) announced that, for the inaugural year of The Vivian contest, entrants will pay no fee for their first book entered and entries will open to members and non-members simultaneously. RWA also announced that the deadline for eligible judges to apply has been extended to November 20. Eligible judges include romance authors, reviewers, critics, librarians, and booksellers. Full contest rules, information on judge eligibility, and more can be found at www.rwa.org/TheVivian. 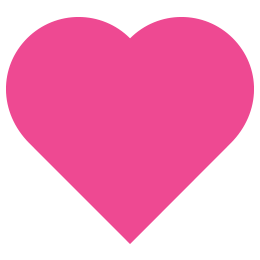 “The Vivian recognizes and celebrates the very best books in the romance genre, which means we need to implement access opportunities that reduce barriers to entry and create a level playing field for all romance authors,” RWA President Avery Flynn said. “We’re excited that with these changes members and non-members have equal opportunity to be part of the contest, will not have to pay for the first book entered, and that The Vivian contest will truly honor the founder of our organization, Vivian Stephens, who fought long and hard for all voices within romance.”

The mission of The Vivian, a new contest that RWA first announced in May and which will open for entries in November, is to recognize excellence in romance writing, showcase author talent and creativity, and celebrate the power of the romance genre with its central message of hope–because happily ever afters are for everyone.

Previously, the rules for The Vivian stated that entries would open to members one week prior to non-members, and entrants would pay a fee for each book, up to two per entrant, submitted. The updated rules work to level the playing field for all entrants.

“We recognize that many people are wary of being part of a contest when authors from marginalized communities were shut out before,” Flynn said. “We understand the mistrust, which is why we can’t ask those who are rightly skeptical to pay, either with a membership fee or a contest fee. This, along with several other changes, are being done in an effort to show that the new RWA—while not perfect—is addressing its shortcomings, advocating for authors fairly, and promoting the genre equally to ensure diverse perspectives featured in OwnVoices works are included and celebrated. RWA is a respected trade organization that should be accessible to all romance authors.”

RWA will use funds it receives as a member organization of the Authors Coalition of America to cover the fees for authors’ first entries this year. These funds are earmarked for advocacy activities that benefit the romance community as a whole.

RWA also announced that the deadline for eligible judges to apply has been extended to November 20. Eligible judges include romance authors, reviewers, critics, librarians, and booksellers.

The Vivian opens for entries November 10, 2020, at 11 a.m. CST. Full contest rules, information on judge eligibility, and more can be found at www.rwa.org/TheVivian.

Romance Writers of America® (RWA) is a nonprofit trade association whose mission is to advance the professional and common business interests of career-focused romance writers through networking and advocacy and by increasing public awareness of the romance genre. RWA works to support the efforts of its members to earn a living, to make a full-time career out of writing romance—or a part-time one that generously supplements their main income.