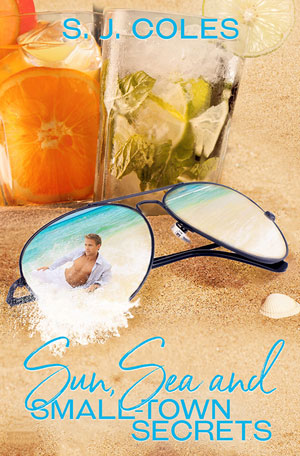 Small towns are full of secrets, some harder to keep than most.

Sebastian Conway is a professional psychologist and accomplished criminal profiler, but when one of his patients is sentenced to life in prison for a crime she didn’t commit, he simply cannot let it go. His borderline obsessive behaviour has embarrassed his boss and lover, Gerrard Wilson, and the relationship has come to a bitter end.

Seb has now grudgingly taken Gerrard’s advice and come to the small coastal town of Ruéier in the South of France to get some distance and clear his head—but he cannot sit by and do nothing. 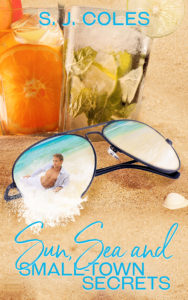 Small towns are full of secrets, some harder to keep than most.

Sebastian Conway is a professional psychologist and accomplished criminal profiler, but when one of his patients is sentenced to life in prison for a crime she didn’t commit, he simply cannot let it go. His borderline obsessive behaviour has embarrassed his boss and lover, Gerrard Wilson, and the relationship has come to a bitter end.

Seb has now grudgingly taken Gerrard’s advice and come to the small coastal town of Ruéier in the South of France to get some distance and clear his head—but he cannot sit by and do nothing.

He has started writing a book he believes will address the failings in the case, but when he gets swept up in a local investigation into suspected drug trafficking, which is led by the enigmatic and strangely enticing Antoine Damboise, the book—and Seb’s intentions to avoid active criminal cases—take a back seat.

He knows it’s a bad idea to get involved, but he can’t seem to help himself. And when it seems Damboise is tempted to make their relationship more than professional, Seb finds it easier than ever to ignore his better judgment. But when a local drug dealer is murdered and Seb is implicated, everything gets a whole lot more complicated.

Can the two men set aside their personal feelings long enough to figure out what’s really going on before Seb ends up in prison? Or worse…

Reader advisory: This book contains scenes of murder and drug use.

I turned over with a sigh. I’d thought that second bottle of red would help me sleep this time, but all I’d achieved was insomnia with a headache.

The moonlight creeping in round the edge of the blind illuminated the bold, minimalist prints on the walls and the simple, spartan furniture that was so at odds with the balmy, luscious countryside outside.

Gerrard had always liked his surroundings…controlled. Even the washing powder was the same brand he’d used in the flat at home, so the sheets smelled like him.

I pushed them back with a frustrated grumble then wandered into the living area. I stared at the open laptop on the desk, the piles of journals and drifts of paper surrounding it. I shook my head, returned to the bedroom, dressed then left the villa.

The cool night air felt good against my flushed skin. I strode along the seafront boulevard where the cafe and boulangerie shopfronts were bleached shades of grey in the moonlight. I took deep breaths, inhaling the smells of salt and dried seaweed.

I checked my phone. It was getting on for two-thirty. I rubbed my face, admitting I wasn’t feeling much better than when I’d left the villa—no better than when I’d stepped off the plane a week before, either. I sat on a bench and gazed out over the deserted beach. During the day, the sand was so light and the sea so blue that it was almost tropical. Even at night it was beautiful, all shifting shadows and pale sand under a sky so vast and crowded with stars that it was like it belonged to another world.

I’d never visited France before. Hell, I’d never ventured outside the UK, apart from that one—and best forgotten—trip to Majorca with Gerrard for our anniversary. But I had to admit that Ruéier was picture-postcard perfect—small, unspoiled, off the beaten track, so not overrun by tourists and the inevitable high-street chains that followed them. It was everything Gerrard had said it was—the perfect place to get some distance and write my book.

So why can’t I sleep?

I stood, thinking to walk the long way home and avoid analysing the question too deeply but stopped when the sound of voices rippled the easy quiet of the night. Stepping out from the shadow of a tree, I saw one of the boats in the harbour had its cabin light on. It illuminated the wide deck and a tall wheelhouse. Several figures were aboard and another on the pier, loading large bags into the hold.

I wasn’t sure what made me look closer. There had to be plenty of reasons for loading a boat at night. But something about the way they moved and the low urgency of their muttered French raised the hairs on the back of my arms.

When the figure on the pier handed over the last heavy-looking holdall, his jacket lifted and I glimpsed a gun tucked in his waistband.

I stepped back into the shadows just as the hooded face turned my way. I held my breath. The voices went quiet but then the roar of the boat’s engine tore through the silence.

I swore silently to myself. I’d come to Ruéier to get away from suspicious figures with guns. I held my breath for several more heartbeats before daring another look. The boat was heading for the harbour mouth and the figure from the pier was coming up the stairs less than five meters away. I ducked behind the tree and held still. I could hear his footsteps now, coming right for me.

He walked right past, heading south, down the boulevard toward the ferry port. His shoulders were hunched, his hands in his pockets and his head moved left to right as he scanned the shadows on either side.

I didn’t breathe again until he’d turned a corner and disappeared. 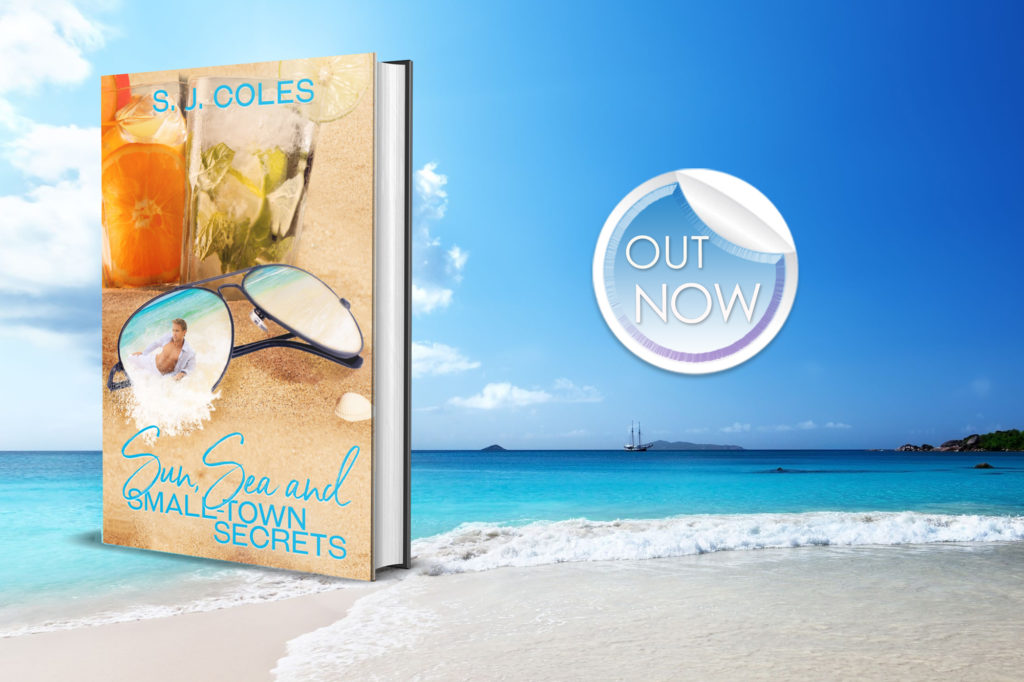 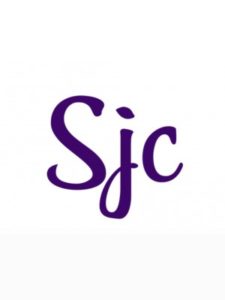 S. J. Coles is a Romance writer originally from Shropshire, UK. She has been writing stories for as long as she has been able to read them. Her biggest passion is exploring narratives through character relationships.

She finds writing LGBT/paranormal romance provides many unique and fulfilling opportunities to explore many (often neglected or under-represented) aspects of human experience, expectation, emotion and sexuality.

Enter to win a FREE eBook from the author!