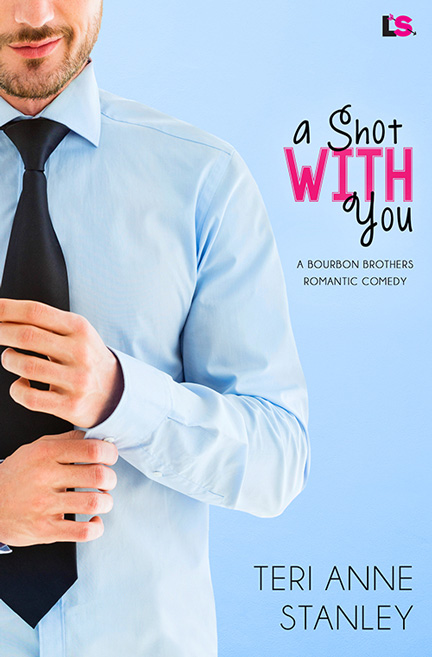 A SHOT WITH YOU by Teri Anne Stanley. Has the new car smell worn off of your New Year’s Resolution list yet?

I was surfing the interwebs for ideas for this blog post, and came across some really fun resolutions to try—and most of them were about doing something NEW. Maybe that’s the key to keeping the good intentions moving through February! Poor February. If it wasn’t for Valentine’s Day, it would have been voted off the calendar for sure.

I came across some cool things to try—like learn a new party trick, get your picture taken in five unusual places, and try a new food each week.

Sometimes resolutions work out for me…last year, I resolved to get healthier—I started working with a trainer, lost twenty-five pounds, and haven’t died yet, so I think that counts as healthier! I had some career goals that I was fortunate enough to meet, too. But maybe this year I’ll aim for something more BuzzFeed-worthy. Something like…meet a celebrity and take a selfie, learn to waterski (ha!), or teach my dog to bark “Edelweiss.”

Or maybe I’ll just keep working with Megan. I can almost bench press the naked bar. How impressive is that?

At the beginning of A SHOT WITH YOU, we meet Brandon Morgan, who has been challenged to be more interesting, but he really doesn’t think high adventure is the way to bring more zip to his line. His family convinced him to try every crazy activity at every port of call on their cruise—his attempt to escape another near-death experience is what puts him in the presence of Lesa Ruiz, at her family’s tequileria, –she definitely brings some excitement to his life, but will it be more than he can handle?

Did you make resolutions this year? What about goals for 2017? His barrels, her tequila. It’s a match made in heaven. But only if he can keep his hands off the owner’s daughter…and his secrets to himself.

Lesa Ruiz will do anything to keep Little Possum afloat, but one look at Brandon’s gorgeous dimples and Lesa knows two things for sure: forever is not in the cards with this man and he’s way too sexy to resist for long.

Well, three things… Brandon is hiding something, and she’ll need to get a lot closer to figure it out and save her family’s legacy.

Teri Anne Stanley has been writing since she learned to hold a crayon. Though her handwriting hasn’t improved, her spelling is a little better now. She spends her days as an evil genius’s sidekick in a research lab, and her nights weaving tales of heroic hunks and sassy, smart women. When she’s not at work, Teri, Mr. Stanley, and the Stanlettes enjoy spending time at their weekend estate, located in the thriving metropolis of Sugartit, between Beaverlick and Rabbit Hash, Kentucky.

One lucky winner will receive an ebook of

DRUNK ON YOU, the first in Teri Anne’s Bourbon Brothers series. Simply comment on this post to win.

What’s your favorite drink of choice? Bourbon? Whiskey? Water? None of the above?