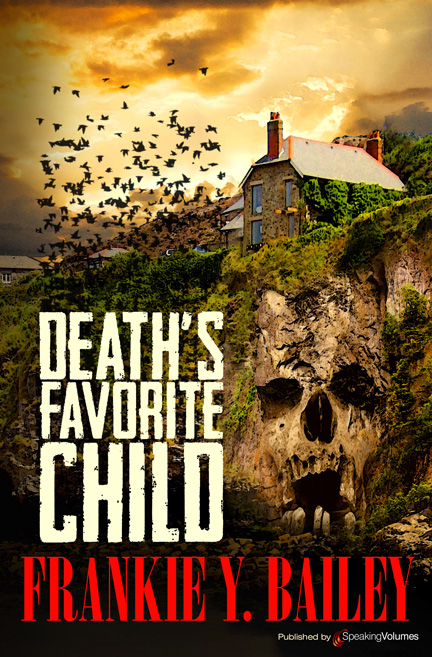 Frankie Bailey, author of DEATH’S FAVORITE CHILD, talks about the alpha hero in a mystery series.

The Alpha Hero in a Mystery Series

As every mystery writer who has a series with a female protagonist knows, a man can be trouble. Especially if that man is the strong Alpha male of romance novels. The challenge is how to keep the male character from taking charge once he walks into the series and decides to stay. A female protagonist should be able to take care of herself. And, sooner or later, no matter how long the mystery writer tries to put it off, the female protagonist and the male character need to either come together or call it quits. Mystery readers have only so much tolerance for the multiple devices that a writer might find to keep the two apart if there is the potential for romance. This is especially true of readers who come to mysteries for the crime-solving not the love story.

Knowing this, I was dismayed when I found myself writing about a female character who had become involved with an Alpha male. I say this as someone who loves romance novels and whose first two attempts at writing a book were romantic suspense novels. That’s probably why my strong male character appeared in the first place. But I was still dismayed. In the book I had been trying to write he was supposed to appear only in that first novel.

But then I went off to Cornwall, England, and took those two characters along. I was engaged in a writing exercise. But instead my first book in the series was born. In Death’s Favorite Child, my crime historian, Lizzie Stuart, joins a friend on vacation and meets John Quinn, a Philadelphia homicide detective, who is visiting his former partner. Their respective vacations are interrupted by murder. They team with a British police inspector to solve the crime. But as they are about to go their separate ways . . . that was when the friend with whom I had vacationed in Cornwall read the first draft and objected. She said they couldn’t just say “nice to meet you” and “so long.” I agreed with her.

But he needed to return. I found a loophole, a situation in Quinn’s life that I had referred to as the reason for his vacation in Cornwall but left unexplained. That allowed me to bring them together again. But it also left me with an Alpha male and the problem of how to ensure he did not commit the unpardonable sin of always saving my female protagonist from danger. My first-person female protagonist would lose her credibility if I allowed him to do that – if she allowed him to do it.

But I knew Quinn would stay. Readers liked him and so did I.

The first five books in my Lizzie Stuart series are now being reissued by a new publisher, and I am at work on the sixth. The relationship between Lizzie and Quinn has been a mating dance between two complicated people who began with little in common. She is an academic, curious, compassionate, a small-town Southern girl until she went off to college and grad school. She is African American. He is not. His father was a general, and Quinn followed in his footsteps by attending West Post. Quinn was a military police officer before becoming a big city cop. He is cool, competent, not inclined to reveal his thoughts.

What they have in common is their search for justice – and the sparks that fly between them. Over the course of five books, they have fallen in love. She has grown stronger and more confident. He has learned to expose his vulnerabilities and to communicate with a woman who needs to understand who he is if he wants her to trust him.

I’m excited about what will happen next in their lives. Criminologist Frankie Bailey has five books and two published short stories in a mystery series featuring crime historian Lizzie Stuart. The Red Queen Dies, the first book in a near-future police procedural series featuring Detective Hannah McCabe, came out in September 2013.  The second book in the series, What the Fly Saw came out in March 2015. Frankie is a former executive vice president of Mystery Writers of America and a past president of Sisters in Crime.