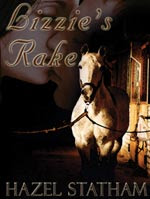 Can a rake reform his ways and truly love? Lizzie’s head tells her one thing, her heart another.      Infamous rake and Corinthian, Maxim Beaufort, Earl of St. Ive, finding himself in possession of a property in Yorkshire, is unprepared for the changes it will bring into his life. Irresistibly drawn to Elizabeth Granger, the former owner’s daughter, he attempts to help the family, finding himself filling the role of benefactor.When the house is razed to the ground, he arranges for temporary accommodation for Elizabeth and her siblings on his estate and when Elizabeth rejects his proposal of marriage, he is nonetheless determined to win her over. However, events and his reputation conspire to thwart his efforts and his course is one fraught with dangers.  Trust does not come easily, and determined to protect her heart Elizabeth struggles to resist her own longings. At times their difficulties appear insurmountable, but the earl is widely known as ‘The Indomitable’ and the name was not lightly earned.  *** Friends and acquaintances often ask me, ‘How do you do it?  How do you write books?’  The honest answer is, I don’t know.  Writing is as natural to me as breathing.  It’s a compulsion I just can’t ignore. I had but a standard education with no certificates or diplomas and my first memory of writing anything other than general school essays was when, at thirteen, we were taking the yearly exam and were asked to write down our favorite poem.     Poem?  Write down my favorite poem?  I couldn’t even remember a poem, let alone write it down.  However, after sitting and staring at a blank page for several minutes, I had to do something, so I wrote my own poem.

To my amazement, I received 18/20.  Whether that was for the poem, or my nerve at producing it, I will never know, but thus began my love affair with writing!

When I left school at fifteen, I started to work in a local office and when I was not working or spending time with horses and dogs, I devoured books by Austen, Sabatini, the Bronte sisters, etc.  At last I knew what direction my writing was taking – I would write hisoricals!  I wrote furiously and by the time I was seventeen, I had written two novels.

However, it was not until I read ‘Regency Buck’ by Georgette Heyer that I realized that I had at last found my era.

Research into the period revealed a wealth of invaluable information that proved to be most inspirational and the number of completed works grew.

Staying true to my original icon, over the years, I have continued to write Traditional Regency and Georgian romance.  I close the door when my hero and heroine retire but this does not mean my books are not romantic – on the contrary.  You will find joy, humor and sometimes pathos in my work, but always there is love.  So much emotion can be conveyed in merely a look or a word and the tensions of the moment.  I fall in love with every one of my heroes as I portray their story and hope that my readers do too.

Over the years I have written purely for my own amusement and it still amazes me that others enjoy my work too.  I love to hear from my readers, so if you have any comments or questions, please don’t hesitate to contact me.  My website is www.hazel-statham.co.uk.

Hazel Statham lives in Staffordshire, England.  She started writing at fifteen and has written on and off ever since.  She has always been fascinated by history and writes mainly in the Regency and Georgian eras, although she has had a short medieval story published.  There have however, been gaps in her writing years where marriage and employment intervened, but now that she no longer works, she is able to return to her first love and devote her time to writing.  She had her first two novels published in 2005.

She has been married to her husband Terry since 1969 and they have a grown daughter and beautiful grandson.  Apart from reading and writing historical novels, her other ruling passion is animals and until recently, she was treasurer for an organization that raised money for animal charities.  She currently shares her home with two lovely yellow Labradors named Lucy and Mollie, who are her constant companions.

4 Responses to The Burning Question – How Do I Write Books?