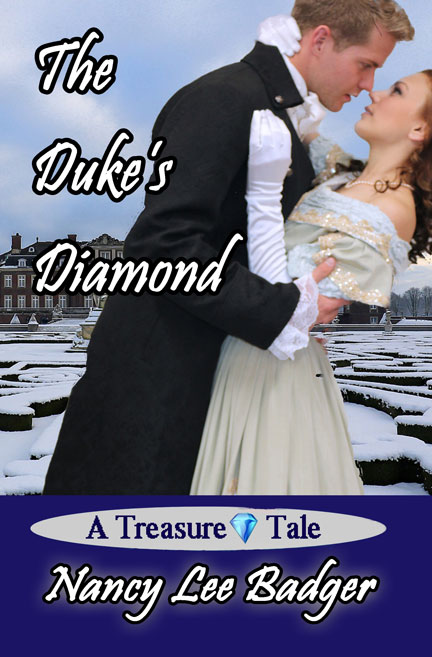 The Duke’s Diamond, a Treasure Tale by Nancy Lee Badger

Many readers of historical romance love kilts, earls, medieval knights, but I love to read about the decadent and over-the-top lives of English dukes. My hero doesn’t just gamble the night away. He and his associates are on a secret mission. A recently discovered treasure of diamonds, gold coins, and a large blue gem also included a hidden cache of signet rings. Rings belonging to noblemen.

Many readers of historical romance love kilts, earls, medieval knights, but I love to read about the decadent and over-the-top lives of English dukes. My hero doesn’t just gamble the night away. He and his associates are on a secret mission. A recently discovered treasure of diamonds, gold coins, and a large blue gem also included a hidden cache of signet rings. Rings belonging to noblemen.

The duke treats his servants well, but the story behind these stolen rings makes him question why he feels the need to return them. It should be easy. Insist these men mend their ways. When he comes face to face with the first nobleman on the list, all hell breaks loose. Why should I, the author of the story, allow my main character an easy plot from the first chapter to the end? Where’s the fun in that? Throw in a beautiful Scottish lady, travel through wintry weather, danger and death threats and my duke has enough on his plate. 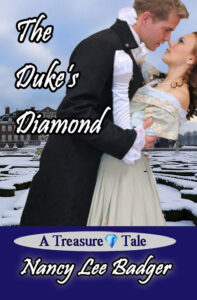 Payton Hartwell, the Earl of Bellmeer, is on a quest to return signet rings to various less-than-noble men whom a dead man had blackmailed. Instead, he walks into his own kidnapping. Separated from his cousin and friend, and finding himself alone with his kidnapper’s Scottish stepsister, his travels take on a serious tone. Saving her from Viscount Manning’s despicable plans, as well as Payton’s possible murder, takes a turn during a costume ball.

Tara Scott cannot believe her stepbrother kidnapped a nobleman and tied him up in his country manor’s barn. She saves Payton from the bitter cold and starvation, then is punished by an irate Viscount Manning. When Payton helps her escape, they find themselves on a journey into Scotland that is filled with ruffians, a Highland bull, wild weather, and a sexual awakening that surprises them both. Back in England at a New Year’s ball and the second discovery of a huge blue diamond comes to a head when the viscount and his men attack. It will take Payton, Tara, and all his friends to thwart a man set on vengeance and treasure.

Payton said, “I borrowed this outfit from a bedroom. I have a feeling it belonged to Manning. I pray he does not recognize it or we shall be in a pickle.”

“Is that a Sassenach saying? I, for one, hope the man dies of overdrinking or swordplay, but I doubt all wishes come true.”

Payton, surprised at the venom in her words toward Manning, unconsciously leaned closer and kissed her lips peeking out from beneath her silver mask.

Payton turned sideways, recognized the actual devil marching toward them, and released Tara. When the sword at the viscount’s side raised and pointed at his chest, Payton leapt over the balcony railing and onto the branch of a tree. He threw both arms around the large tree limb, but his face slammed into another branch.

Manning cursed and called for reinforcements, while Payton jumped to his feet and fled along the slick branch and into the dark recesses of the leafless tree. He hated to leave the young lady, but he doubted Manning would hurt her. Not physically, at any rate.

A large shard of ice dislodged above him and tumbled onto his head. Shocked by the sudden pain and frigid assault, he slipped and fell through the night air.

Where has the earth gone? 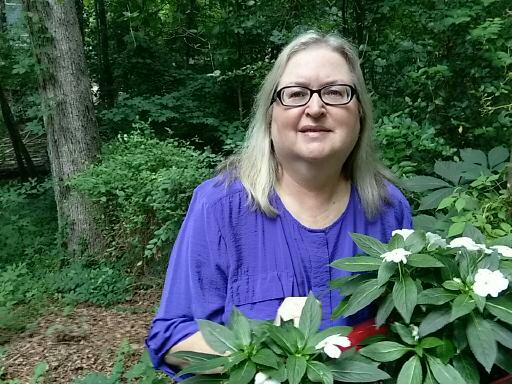 Nancy Lee Badger grew up in Huntington on New York’s Long Island. After attending Plymouth State, in New Hampshire, she earned a Bachelor of Science degree and met and married her college sweetheart. They raised two handsome sons in Rumney, New Hampshire while she dreamed of being a writer. When the children had left the nest, and shoveling snow became a chore, she retired from her satisfying job as a 911 Emergency Medical Dispatcher and moved to North Carolina, where she writes full-time.

Nancy is a member of Romance Writers of America, Heart of Carolina Romance Writers, Fantasy-Futuristic & Paranormal Romance Writers, and the Triangle Association of Freelancers. She finds story ideas in the most unusual places. Connect with her at Nancy@nancyleebadger.com and here: