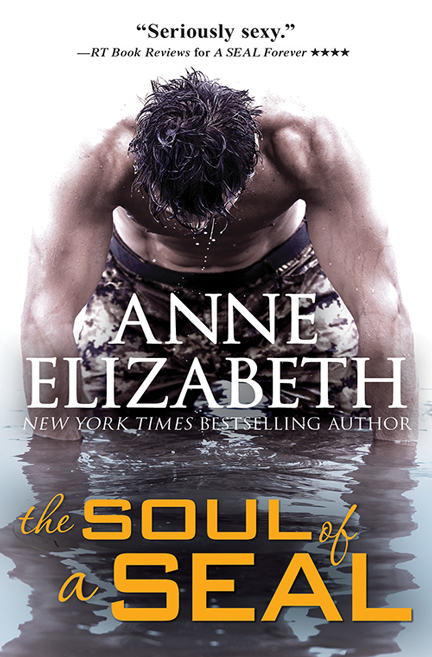 Anne Elizabeth’s THE SOUL OF A SEAL…  When scientists on Dr. Warren’s super-secret space mission start dying, Navy SEAL Captain Sheraton is sent in as an astronaut candidate with a hidden agenda—find the person sabotaging the program. Title: The Soul of a Seal

Love may be the toughest battle of all

When scientists on Dr. Warren’s super-secret space mission start dying, Navy SEAL Captain Sheraton is sent in as an astronaut candidate with a hidden agenda—find the person sabotaging the program.

Real SEALs were filmed in the movie ACT OF VALOR. These Team THREE and FIVE guys are outstanding souls and they put themselves and their families on the line to share some of what they do.

Dr. Warren was what men would call a “sleeping hottie”: quiet in public, with the promise of a fierce, raw beauty in private. Perhaps he was just the man to inspire her, or perhaps she would draw out the secretive side of his soul.

Focusing on the machine in front of him, he admired those lines instead. Bennett examined the contraption before him, visually cataloging all of the possibilities. It wasn’t a car and it wasn’t a plane, yet it was both. He scratched his chin as he tried to figure out how they were going to get inside.

The smell of fuel was a welcome distraction as he walked around the object of his fascination, wondering if he would get brownie points for figuring out how to make it function. A voice spoke from directly behind him, and he startled.

Man, she is a quiet one! He knew how to shake things up and break the silence. “I noticed that your file was not listed in the personnel records,” he said. “I definitely need to know this, for security purposes. Are you currently dating anyone?”

“What? Hardly!” Her face flushed with red splotches. Embarrassment looked adorable on her. “Trust me, you couldn’t keep up with me, Captain.”

He lifted an eyebrow. That statement was definitely a dare. His inquiry was an icebreaker. Did he really want to date her? Yes, he did. His eyes strayed to her figure; the voluptuous hips and rounded backside drew him like sweet succulent red flowers did a hummingbird. She was tempting. “I’ve got skills, lady, ones you’d never guess.”

Anne Elizabeth is a romance author, comic creator, and a monthly columnist for RT Book Reviews magazine. With a BS in Business and MS in Communications from Boston University, she is a regular presenter at conventions as well as a member of The Author’s Guild and Romance Writers of America. Anne lives with her husband, a retired Navy SEAL, in the mountains above San Diego. Visit her website at www.AnneElizabeth.net.