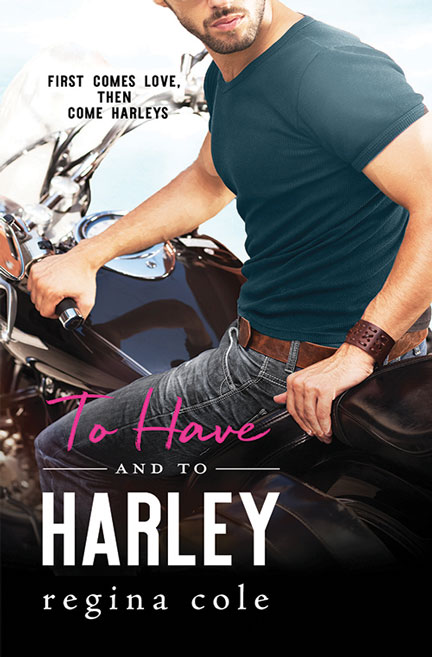 You may now kiss the biker

Bethany Jernigan owes her bestie. Big time. So when wedding planning overburdens the bride-to-be, Bethany steps in to handle the nitty-gritty. But the guy in charge isn’t anything like she imagined. He’s gruff, tattooed, and 100% male. His staff is even rougher around the edges, and it’s not long before she feels as if she’s stepped into some kind of crazy alternate reality.

Are those…bikers? Arguing about wedding favors? You may now kiss the biker

Bethany Jernigan owes her bestie. Big time. So when wedding planning overburdens the bride-to-be, Bethany steps in to handle the nitty-gritty. But the guy in charge isn’t anything like she imagined. He’s gruff, tattooed, and 100% male. His staff is even rougher around the edges, and it’s not long before she feels as if she’s stepped into some kind of crazy alternate reality.

Are those…bikers? Arguing about wedding favors?

Trey Harding never wanted this to get so out of hand. One little lie somehow snowballed into a world of dresses and flowers and food and holy-hell-he’s-in-over-his-head. But it’s not like he can confess he’s not the wedding planner he’s pretending to be—especially now that he’s falling for the maid of honor! His charade is becoming a farce, and as engines rev and ribbons fly, Trey’s running out of time to figure out how to tell the truth without losing his new family, his crew…or the woman of his dreams.

Bethany followed him out into the night. This far out in the country, the stars twinkled brightly. Crickets chirped, the low thump of music from inside muffled by the closing door.

Gravel crunched under Bethany’s shoes as she followed Trey a short distance from the building, around the corner to a concrete pad that held a good dozen-plus motorcycles.

It wasn’t the night air. It was the way he stood, feet braced apart, shoulders square, arms loose and ready, body big and strong and near enough for her to sink into.

She cleared her throat. Focus, Beth.

“Thank you,” he said shortly, his stare direct. She fought the urge to squirm. She hadn’t done anything wrong. A little rude, maybe, but not wrong.

“Now will you agree that you can’t handle Sarah’s wedding?”

His short answer took her aback, and she blinked. “I’m sorry?”

Her temper rose, blood heating as her pulse quickened. “That’s my best friend you’re talking about. You think you can get away with something like this for her? A wedding at a bar with shrimp and orange bagels and peanut-butter pickle boats?”

Trey’s glare shot toward the bar. “Damn it, Stone, I told you to drop the pickles.”

“You can’t do this to them. To Sarah, to Mama Yelverton. They’re trusting you, and you’re lying to them!”

“I know!” he roared, and the sound was so loud and close that her heart jumped into her throat. “I know they’re trusting me! That’s why I’m trying to do the best job I can. And you’re always in the way and trying to ruin it! Why aren’t you letting me help them?”

“Because I don’t trust you!” She went toe-to-toe with him, shoulders heaving as she stared straight into his glowering eyes. “You’re too—”

“Too what? Too rough? Too mean? Too bad to plan a wedding?”

“Yes! All of that! You don’t know what you’re doing, and you’re going to ruin things for them and take their money and break their hearts, and I won’t let you do it! I love them, and you’re not going to take advantage of them like this!”

Trey stopped, his expression blanking. “You think I’m trying to take advantage of them? For money?”

He looked away from her, an unnamed emotion rolling off him in waves.

“No. I’m not. I don’t want anything from them but a relationship. And I hope you understand that you’re doing your best to ruin any chance of that.”

For the first time, the certainty that she’d held about Trey began to crumble. Standing there in front of her, with his strong, broad shoulders silhouetted against the parking lot lights, he looked—human. Angry and hurt and lonely, as if her words had peeled away the outer shell he presented to the world. His gaze swung back to her, and she saw in that moment just how shallow she’d been. How wrong. How prejudice had blinded her, how the exterior of the man in front of her had shielded her eyes from the true heart of him.

“You were lonely. Weren’t you?”

Her whispered question rocked him on his heels as if it were a gunshot.

“Yeah. Yeah I was. I thought I’d been dumped by the woman who’d given birth to me in a gas-station bathroom.”

Her hand covered her mouth, and she just stared. As if a tourniquet had been released, words flew from him.

“I had nobody. The system yanked me back and forth so many times, I had whiplash by the time I was eight. Nobody wanted me. Nobody—”

He gritted his teeth and stared straight out at the horizon, as if by simply looking at it, he could stem the tide of emotions she’d unwittingly released.

But they hung there, unspoken, and Bethany’s heart ached for him.

She’d known love. She’d had the most amazing father for fifteen years. And after that? She’d had the Yelvertons to rescue her from her grandmother. Without them…

Without them, she might know a little more of his pain.

God, how wrong she’d been. Because he looked like a roughneck, she’d judged him as unfit for the Yelvertons. But now…now she could see a glimpse of the little boy he’d been once. Lonely, afraid, abandoned. She longed to comfort him, to heal him, to take away the pain her thoughtlessness had inflicted.

Her father would be ashamed of her.

“I’m sorry,” she said, and without thinking, she stepped forward and wrapped her arms around him. He was warm and hard, his body unmoving, like a living rock. “I’m so, so sorry.”

For a moment he didn’t yield, didn’t budge, didn’t return her embrace. And then his big, broad hands swept up her back, and he relaxed into her embrace, taking the physical comfort she offered.

With each heartbeat, she tried to communicate her true feelings to him. To return the kindness he’d shown her in the kitchen. To apologize for ripping open his decades-old emotional wound. To make amends for the fact she’d stood in his way when all he’d wanted was to get to know his family.

But it wasn’t enough. She needed to do more.

Of its own accord, her hand wandered up and cupped his cheek. As she looked into his eyes, twin mossy pools of pain and sadness, she did the only thing she could think of.

The words went unspoken, but she prayed he could feel them in the brush of her mouth against his.

Regina Cole, lover of manly muscled arms, chest hair, and mini-marshmallows, has been reading romance since her early teens. When she’s not frantically pounding away at the keyboard, she can be found fishing with her family, snuggling with her hubby and tiny twin boys, or slinging mud in her magical home pottery studio. She lives outside Raleigh, North Carolina.