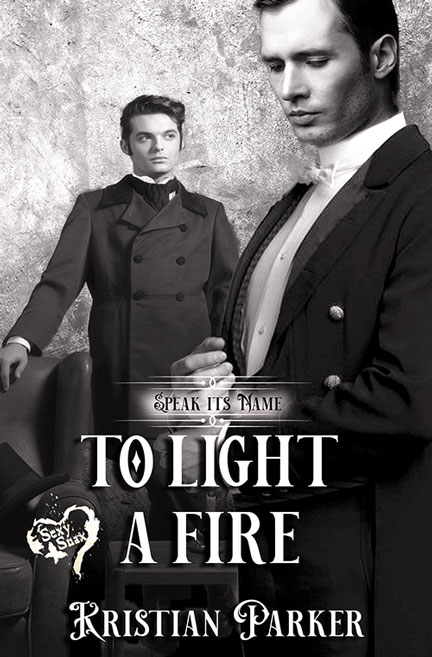 Frank never thought he would find love…until he met his friend’s servant.

It’s 1922 and Frank Harris has finished his exams at Cambridge. He had planned on going home to his parents’ Midlands shop until his friend Charlie Fitzwilliam issues a surprise invitation to stay at his family’s stately home.

Frank has nursed a secret attraction to Charlie since their first meeting and can’t resist a chance to spend time with him, but once there, it’s Tanner, a manservant, with whom he instantly falls in lust…

To Light a Fire by Kristian Parker

Book 1 in the Speak Its Name series 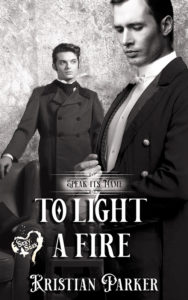 Frank never thought he would find love…until he met his friend’s servant.

It’s 1922 and Frank Harris has finished his exams at Cambridge. He had planned on going home to his parents’ Midlands shop until his friend Charlie Fitzwilliam issues a surprise invitation to stay at his family’s stately home.

Frank has nursed a secret attraction to Charlie since their first meeting and can’t resist a chance to spend time with him, but once there, it’s Tanner, a manservant, with whom he instantly falls in lust.

Charlie tries to force a local girl on Frank, and although Frank knows he should keep up appearances, it’s Tanner who sets a fire in him.

To Frank’s astonishment, Tanner is attracted to him too, and their mutual passion kindles, then burns strong. Only, their feelings must remain a secret—discovery would mean the ruin of them both.

But how long can love that blazes this bright be hidden?

“Come on, Harris. Don’t be a chump. You can read your precious architecture books at my place. I don’t know why you’re bothering, anyway—we’ve done the blasted exams.”

So spoke Charlie Fitzwilliam the third…or maybe the fourth, standing there in all his glory. As usual, the rest of his gang flanked him and glared at me. It didn’t do to say no to Charlie. I had been in awe of him for four years at Cambridge.

The polar opposite to me, he could make a boy feel awkward just by entering a room. Blond, muscular and his parents owned most of one of the bigger counties just outside London. I, on the other hand, had dark hair, could have been described as a little on the skinny side and certainly didn’t come from the right side of the tracks.

“Go on, Harris,” said one of his henchmen. They followed him everywhere, doing his dirty work and hoping against hope some of that Fitzwilliam magic would rub off on them. “Charlie will be bored if you don’t.”

“Why don’t you go and entertain him then?” I said gruffly.

It had been made clear when we started at university that I would be the lackey of the group and it didn’t do to let me forget it. Charlie’s lot were Harrow boys for whom Cambridge had been a natural next step. My place had been paid for by my parents saving hard and me getting the best marks possible at school.

My parents had several shops in Leicester, the middle of England, where I’d grown up and nothing ever happened. When I’d come to Cambridge, I’d been an awkward eighteen-year-old who had no idea how to use the right cutlery or which wine went with fish. Charlie had taken me under his wing, the others had been jealous and so my runt-of-the-litter position had become firmly cemented.

Charlie had more money than he would ever know what to do with. University was just a diversion, a chance to drink heavily, romance often and generally live a crazy life. The dire state of the economy didn’t come anywhere near him, happening only to other people.

An invitation to go to his house in the country could not be refused, and I found myself tempted by some time alone with him. Besides, I couldn’t apply in earnest to architectural partnerships until I knew my marks for my degree. We had sat our final exam last week and could only wait until August, when we would graduate.

I had planned to go home and help in the shops, but I would only be taking hours from our workers who needed them more than me.

“Just think of it. You can dig around my father’s books to your heart’s content.” Charlie clapped his arm around me, causing me to blush. He knew he had his fish on the line, and a grin creased the sides of my face.

Charlie held up his hands. “A week is all I want from you. Mummy has demanded my presence in bloody Portugal after that. I’ll be dragged around endless vineyards in search of the perfect grapes for the perfect port. Oh, well done, old man. I hate being stuck in that house on my own. It’s just so boring.”

Having made the decision, I told my parents, and they were fine with it. They wanted me to get as much out of life as possible. Me having the chance to hobnob with a load of posh people would be a talking point for my mother for the rest of the year. God help her customers. They would soon be sick of hearing it.

With a heavy heart, I packed away my books, to send them home to my parents. I would never stand in this bedroom again. I had been lucky to get a set of rooms to myself—most of the other undergraduates shared. I would miss this tiny bit of independence. It might be cliché, but I had arrived a boy and was leaving a man. Charlie and his cronies were still like boys and probably always would be.

I had never gone in for the carousing life. Charlie had a reputation for smuggling girls from the local town into our halls. More than once he had persuaded me to let him use my room for a bit of privacy. As usual he had a henchman, or two, standing guard, and I would find a corner and retreat into my books. It amazed me why Charlie and his gang bothered with me at all. I must have been so boring to them, but Charlie had somehow bonded with me. On his own, when he wasn’t being an insufferable show-off, he could be quite good fun. We were both studying architectural history together. Charlie didn’t know his Christopher Wren from his Antoni Gaudi, and we’d spent many a late night sorting out his essays. In reality, I would write them for him, but I used to live for those nights. Charlie generally sat on the window ledge smoking and chatting while I scribbled away. The public image of Charlie could be hard to get past, but when he did let a person in, a decent chap lay beneath. 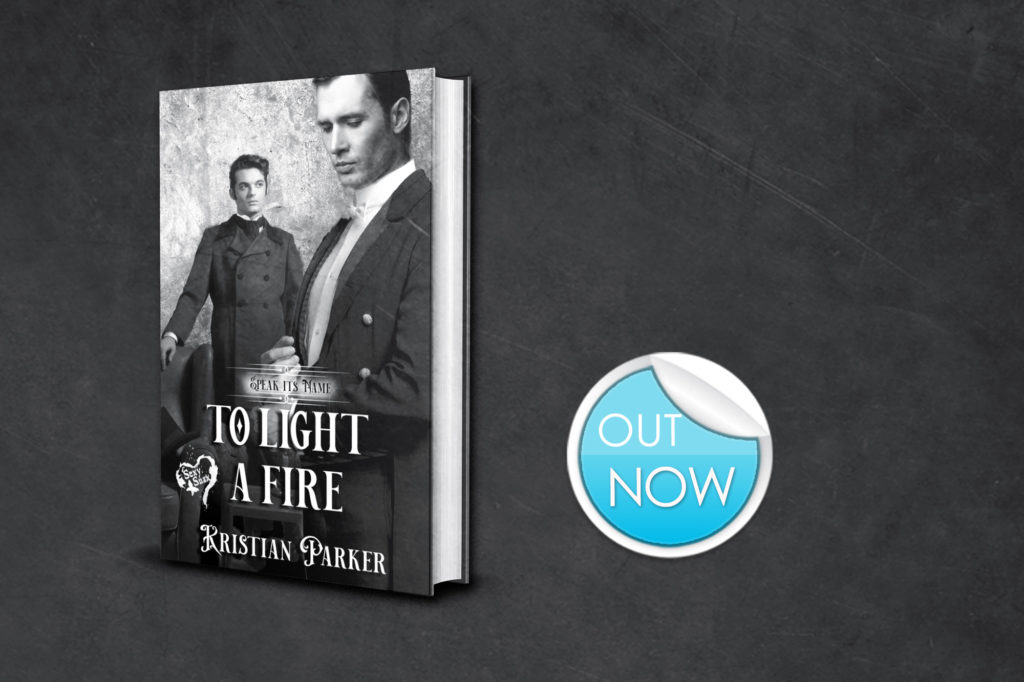 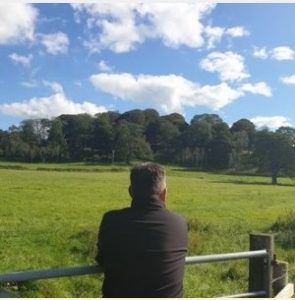 I have written for as long as I could write. In fact, before, when I would dictate to my auntie. I love to read, and I love to create worlds and characters.

I live in the English countryside. When I’m not writing, I like to get out there and think through the next scenario I’m going to throw my characters into.

Inspiration can be found anywhere, on a train, in a restaurant or in an office. I am always in search of the next character to find love in one of my stories. In a world of apps and online dating, it is important to remember love can be found when you least expect it.

Enter and get a FREE romance book from the author!

ENTER HERE AND GET A FREE EBOOK FROM THE AUTHOR! Notice: This competition ends on 8th June 2021 at 5pm GMT. Competition hosted by Totally Entwined Group.