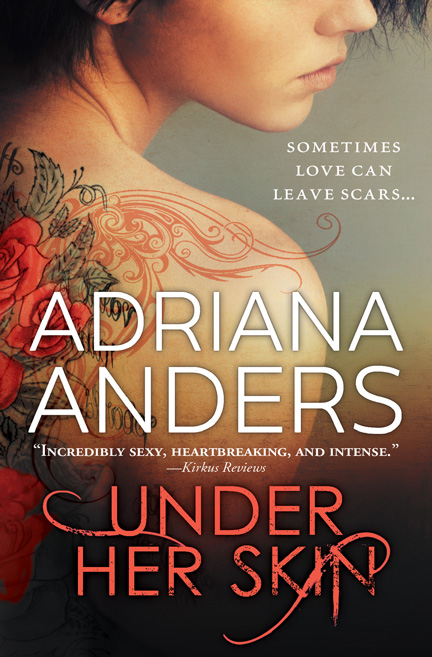 Battered by a life determined to tear him down

This quiet ex-con’s scarred hands may be the gentlest touch she’ll ever know.

Ivan thought the world was through giving him second chances. Who’d want a rough ex-con with a savior complex and a bad habit of bringing home helpless strays? Everyone in Blackwood, Virginia knew he wasn’t good enough for the fine things in life; they knew he was too damaged to save. He just needed to keep his head down, work himself to the bone, and pretend he was content with the lot he was given.

Battered by a life determined to tear him down

This quiet ex-con’s scarred hands may be the gentlest touch she’ll ever know.

Ivan thought the world was through giving him second chances. Who’d want a rough ex-con with a savior complex and a bad habit of bringing home helpless strays? Everyone in Blackwood, Virginia knew he wasn’t good enough for the fine things in life; they knew he was too damaged to save. He just needed to keep his head down, work himself to the bone, and pretend he was content with the lot he was given.

Until she came into his life. Until she changed everything.

Until he realized he would do anything, fight anyone, tear the world apart if it meant saving her.

“Need a break?” he asked, close but not overwhelming. She couldn’t be sure whether she nodded or not.

Somehow she ended up at the back of the room, lis­tening to the water dispenser glug in a way that was oddly reminiscent of how his words churned out—slow and solid and one rounded syllable at a time. His hand held a paper cup to her mouth, and water trickled into her parched throat. He was the third person to shove liquids at her that evening. She must have looked thirsty.

She was sitting on the floor beside him, his hand a cool, reassuring weight on the back of her neck, the innocuous view of the mat between her bent legs. There was a worn spot, where threads peeped through. Uma worried at it with numb fingers, pulling at the threads until one broke off, and it occurred to her that she was thoughtlessly destroying property.

He released her neck, and a waft of air reached her, fresh from his body. She smelled something woodsy mixed with sweat. Man soap, she thought. She hated herself for how weak she’d become. This was all wrong—not at all how her new life was supposed to be. She was supposed to be fearless and strong.

“I can’t believe I did that. It’s just…” Uma cleared the tightness out of her throat and grasped at the paper cup shoved into her hand. After a sip, she mumbled, “Embarrassing. Sorry.”

“Quit that,” he rumbled softly.

He sighed, sounded like he’d say something else, then settled for a second grunt.

“I guess I’ll go.” She set the cup aside and pushed up to standing, then stopped when his hand landed lightly on her calf. She looked down, met his eyes, and the room tilted. His hand tightened, but he didn’t stand.

“I’ll help you. Come on.” He got up and moved a few feet farther onto the mat, and she followed, like a sleepwalker, or a dog.

Ivan led her through the self-defense moves again, attacking without touch­ing or any hint of aggression. The movements were purely mechanical—a lean in, a counter. She swept her wrists in, up, and out, and he stepped away. It couldn’t possibly be that easy in real life, but it was progress.

She didn’t dare look at the rest of the class, didn’t want to see the pity on their faces.

Jessie’s voice rang out, telling the other ladies to move on to the second move. She and Steve were acting as attackers. Uma looked up to meet the curious gaze of one woman, whose eyes flicked between her and Ivan. Binx, her name might have been.

The second round involved a different kind of move altogether—what Jessie called an arm bar. A hand to the shoulder, countered by the brutal twisting back of the attacker’s arm. There would be more invasion of personal space this time, inevitably, their closeness underlining what a sweaty mess she’d become in her long-sleeved shirt and jeans.

“Ready?” he asked. She nodded once and waited for him to step straight in, less than an arm’s length away.

His hand landed gently on Uma’s shoulder, but it might as well have been on her breast for the effect it had. Electrified by the contact, she grabbed and twisted.

“Follow through, Uma,” Jessie called out, bringing her back into the class, back to reality. “He’s a lot bigger than you.”

“Remember, ladies, you need all the momentum you can get with an attacker this much larger than you. Try it again, and put your body into it this time.”

His hand was too low, too real. Uma wanted to shrug it off. Instead, she grabbed and twisted, fol­lowed through with her other hand and then her body, pressed into his. She ended with her face along his side, under one arm, in a place too intimate and warm for a room this bright, an audience this big—including his wife.

She could smell him again, that man-smelling soap, augmented by a light hint of sweat and a smoky metal­lic twang. Uma stumbled and fell into his body, grazing her chest against his elbow.

He stood her upright and muttered, “Good,” but his eyes weren’t on her face. She followed them to her arm, where a cuff had slid back to reveal the dark lines of a tattoo. Uma moved it behind her back and yanked the sleeve down.

She couldn’t even look at him then, didn’t want to see the disgust or the horror on his face. On everyone’s faces. The pressure of tears prickled behind her eyes.

Great. My body decides to break its crying strike in front of a room full of people. She shoved the emotion down and stepped away.

“You good?” he finally asked. Adriana Anders has acted and sung, slung cocktails and corrected copy. She’s worked for start-ups, multinationals and small nonprofits, but it wasn’t until she returned to her first love—writing romance—that she finally felt like she’d come home. Today, she resides with her tall French husband, two small children and fat French cat in the foothills of the Blue Ridge Mountains, where she writes the dark, gritty, steamy love stories of her heart.