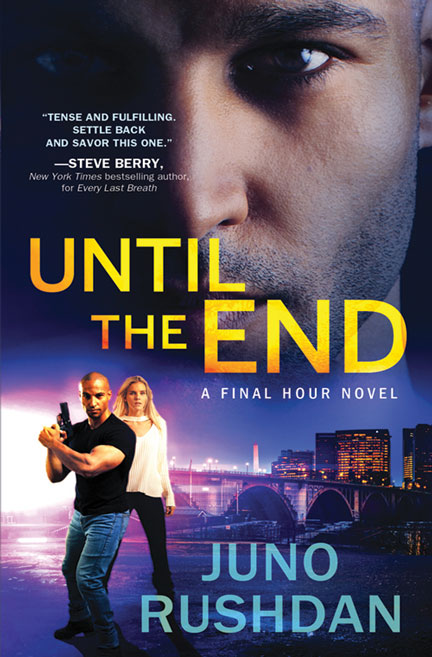 He’s strong. Fierce. Relentless. And he may be her only chance of surviving the night.

Gray Box operative Castle Kinkade always gets the job done, no matter how tough the assignment. But when he agrees to protect white-hat hacker Kit Westcott, Castle’s loyalty is tested like never before. Trapped in the closest of quarters, protective instincts flaring, he can feel the ice surrounding his heart melt…and he knows he’d do anything to keep Kit safe.

Even defy the rules that shaped his life. He’s strong. Fierce. Relentless. And he may be her only chance of surviving the night.

Gray Box operative Castle Kinkade always gets the job done, no matter how tough the assignment. But when he agrees to protect white-hat hacker Kit Westcott, Castle’s loyalty is tested like never before. Trapped in the closest of quarters, protective instincts flaring, he can feel the ice surrounding his heart melt…and he knows he’d do anything to keep Kit safe.

Even defy the rules that shaped his life.

Castle is the last person Kit should confide in, let alone be attracted to, but he’s the only ally she has left. Under threat of imminent attack—and a chilling conspiracy that hits too close to home—Castle and Kit are forced to put their hearts and lives on the line…and stop at nothing to face the greatest danger the world has ever known.

Did you find out why they changed security protocol?” Jess asked, driving the armored truck along the dark, deserted road stretching before her like a giant black hole.

“Nope.” Roger stared out the passenger window. “I don’t care either.”

She tried ignoring the dread that always bubbled in her gut on Route 15. This road was the worst part of their quarterly drive making deliveries from Nexcellogen to Fort Detrick.

Her gaze flicked to the rearview mirror. All clear. She half expected to find the boogeyman chasing up behind them. So ridiculous. Nothing was different about this run—except the sidearms she and Roger both carried. A new security requirement that substantiated the unnerving rumors among the drivers about the nature of their cargo.

Roger tapped his fingers against the gun on his hip like he was itching to shoot something. “Be grateful Nexcellogen didn’t replace us with retired cops. And the hazardous duty pay they’re giving us means more money for our kids’ college funds.”

Jessica wasn’t turning her nose up at an extra thousand per delivery, but it didn’t whitewash the fact they now had to carry lethal weapons and hadn’t been told why.

“I heard Fort Detrick handles the biological defense program,” Jessica said. “There’ve been whispers we’re transporting engineered toxins.” The kind of whispers that fueled her nightmares and painted her and Roger as Satan’s little helpers.

“It’s none of our business.” Roger raised his palms. “We’re paid not to ask—”

Pop! Pop! The truck jerked and swerved. That was damn loud. It sounded like exploding balloons or gunshots, followed by a whiffling noise. She slowed down and tightened her grip on the wheel.

“More than one. But how on earth—”

Her head snapped around at the growl of a roaring engine. Blinding light cleaved the darkness on her left—and on the right!—from both sides of the crossroads. Headlights bore down on them.

Oh God! She threw her arm up, shielding her eyes from the onrushing light.

It happened fast. Too fast.

Two vehicles bigger than theirs, traveling at twice their speed, T-boned them on either side. The thunderous crunch of metal smashing into metal swallowed her scream.

Her head whipped back, slamming on the headrest and then forward into the airbag. The grinding force of the crash jarred every bone in her body.

Everything inside her hurt like a son of a bitch.

The airbag deflated. Her vision was fuzzed, dizziness eating away at her brain.

She wiped the moisture leaking from her nose. Blood streaked her hand. “Yeah. You?”

The semis that had pinned them wheeled into reverse, pulling back from the armored truck in an agonized squeal of metal. Headlights flicked on in front of them from a third vehicle.

She squinted at the light, letting her eyes adjust. Two men appeared in the road, dressed in black, wearing ski masks and carrying guns.

Roger drew his weapon and aimed it at the windshield.

“Don’t shoot,” Jessica said. “They can’t get in.” The glass was bulletproof. Doors, shell, and cabin were reinforced. There were no external door locks. The onboard sensor had detected the accident on impact. Police and hopefully an ambulance were already dispatched. “We have to sit tight. The cops are on the way.”

“Bullshit! Nexcellogen gave us guns to protect ourselves!”

The taller of the two men made a throwing gesture, bringing his hand from his shoulder straight out toward them.

A spear-shaped instrument resembling a harpoon shot into the windshield, puncturing the glass. Long prongs ejected like steel fingers, hooking onto the inside of the windshield.

Bulletproof but not spike-proof. That’s not good.

“Christ! What do we do?” Roger yelled, the 9mm shaking in his hand.

Saying a quick prayer, Jessica fumbled for her cell phone. They needed help. Right now! But the cops were already on the way, so who to call?

“They’re going to get in!” Roger waved his gun wildly at the figures on the other side of the windshield. “Jess, we’ve got to do something.”

The engine of the vehicle in front of them revved. The safety glass splintered into a mass of spiderweb cracks around the steel prongs.

The windshield began to buckle, the safety film still holding together.

Bullets ricocheted around the cabin. Searing heat bit into Jessica’s side, tearing through her belly while her ears rang from the percussion of the shots. She dropped the phone and gripped her stomach. Hot blood seeped through her fingers. “I’m…I’m hit.”

The windshield popped out of the frame. Something whizzed into the cabin and clattered to the footwell. A deafening bang and a startling flash battered the confined space.

The world turned stark white. A great roaring silence filled her ears. She grabbed her head, disoriented, her senses swimming, just as someone dragged her out of the truck cabin and onto the cold pavement.

Pain exploded in her side and nausea climbed up her throat.

The man pressed something to her wound and patted her cheek with a gloved hand. “I’m sorry.” Not a man. A woman’s voice rose over the fading high-pitched hum in Jessica’s ears.

The back doors of their armored vehicle were hoisted open. Two people climbed inside.

Jessica shifted her head, looking underneath the truck. Roger was facedown on the ground, his wrists cuffed behind his back. Another individual stood near him.

“You weren’t supposed to have guns, Jessica,” the woman said.

They knew her name. How?

The woman took Jessica’s weapon and tossed it. “No one was supposed to die.”

“Yankee?” the woman called to the tall, broad-shouldered man stepping out of the truck, a metal container in his hands. “Did we get it?”

“The bullet punctured her liver. The blood is black.”

“The pain will end soon,” Sierra said. Then she was gone from sight.

That thought wasn’t reassuring. Pain was good. It meant Jess was still alive. Where were the cops and ambulance?

Explosions rocked the night. Twin fireballs burst from the Mack trucks, painting the darkness red and orange. Heat licked her face but failed to warm her body.

She was so cold. Bile flooded her mouth. A growing numbness crept up her side as fear choked her, twisting her heart.

Still no sirens. Hope fled. The bloodcurdling realization sank in that she was going to die on this godforsaken road…all because someone wanted to steal the deadliest biotech ever created.

Juno Rushdan draws from real-life inspiration as a former U.S. Air Force Intelligence Officer to craft sizzling romantic thrillers.  Although she is a native New Yorker, wanderlust has taken her across the globe. She’s visited more than twenty different countries and has lived in England and Germany. When she’s not writing, Juno loves spending time with her family. She currently resides in Virginia.   Author Website: https://junorushdan.com/