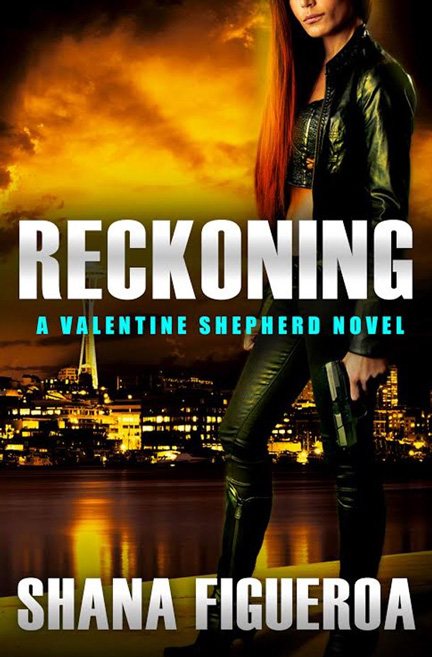 The Three Biggest Reasons Why Sexism is Still a Problem in Romancelandia. I get where the impulse comes from. The genre’s purpose is to sell a romantic fantasy, and often that fantasy entails willowy women being swept away by alpha males as a metaphor for losing oneself in sexual and/or romantic pleasure in a way many of us can’t do in real life.

If the basic definition of feminism is treating men and women as equals, then the woman-swept-off-her-feet-by-a-manly-man naturally caters to the opposite impulse by playing into our desires to abdicate our mundane responsibilities and let somebody else take charge—without the negative consequences that often follow in real life, of course.

Not to say it’s an unreasonable desire to build a fantasy around. Who doesn’t want a Greek billionaire to worship them? But as the late Roger Ebert said about movies—“It’s not what a movie is about, it’s how it is about it”—it’s not what a romance novel is about, but how it goes about it. By dipping a toe into the pool of anti-feminism in service of a romance storyline, some books trip headfirst into it and send up a maelstrom of cringe-worthy sexist stereotypes, and sometimes outright misogyny.

(Note: “sexism” is a prejudice or stereotype based gender; “misogyny” is a dislike or hatred of females. Not surprisingly, the two often go hand-in-hand)

Here are the three biggest offenders that need to follow shirtless-mullet-heroes and he-raped-me-until-I-loved-him-heroines into the Romance Pit of No Return:

God forbid a woman should be sexually experienced…or, even worse, if she enjoyed that experience…or—the worst—if she dares to have sex with a man other than her intended during the story, no matter the circumstances! Virginal heroines are a trope all their own, along with the idea that the state of a woman’s hymen is somehow directly proportional to her worth. Of course men aren’t held to this standard. Dudes can ho around all they want, it don’t mean a thang! But a lady, especially the heroine, must save herself for The One. And if she doesn’t…for shame.

*A woman’s value = what her vagina’s been up to. Basic decency is a zero-sum game, and other women are the enemy. What better way to make the heroine look good than by bringing down all the other ladies around her? Her true love will only want her if she’s not like other women, i.e. a not a slut (see above).

*A woman’s value = how she compares to other women. He shows up at her work unannounced and demands she go places with him. He makes proclamations about how “she will be his,” orders her around (especially in the bedroom), won’t take no for an answer, won’t let her deal with her own problems, and won’t let her make her own life decisions…because he loves her so much! She may tell him no, but her heart says yes. It’s okay, though, because he knows what she wants. If he keeps telling her she’s beautiful and assures her that he’s never felt this way about anyone else before, she’ll just keep swooning no matter what he does. Obviously not all romance novels contain sexist elements; in fact, many are happily, proudly feminist! And you could argue to each their own—these books are fiction after all. A lot of women like the anti-feminism fantasy, so what’s the harm? The problem is that fiction is a reflection of reality as the author sees it, if only in subtext. If a certain genre of fiction contained, for instance, regular allusions to anti-Semitism, what assumptions would you make about the people who read it? If we tolerate a consistent thread of sexism and misogyny in our beloved genre, what does that say about us? Five years. It’s been five years of blissful peace for private eye Valentine Shepherd and her hot-ass husband, Max Carressa. Five years of watching their twins grow up healthy and happy, even as Val waits for Hell to unleash its fury. Her enemies have been planning, and Val knows she doesn’t have nearly enough weapons to protect her family…

Yet Val and Max have one advantage—their insatiable desire for each other allows them to see into the future, and the visions they share may just give them a chance. But as events are set into motion that endanger everyone Val’s ever loved, she’ll do whatever it takes to stop the horror she’s already seen.

Val sat at the foot of the bed, sipping coffee and watching Max futz with a tie in front of the bedroom mirror. From the first floor, Lydia’s laughter reached them through their closed door. Hopefully that meant the kids were already warming up to Jamal.

“You’ve never heard of a group of guys who go to a secret smoking room or possible sex club after work, have you?” she asked.

Max’s hands stopped. He looked at her through the mirror, an eyebrow cocked. “You’re kidding, right?”

He continued knotting the purple silk around his neck. “Is this related to Lacy Zephyr’s visit a couple days ago?”

“Maybe. Yes.” She’d told him Lacy came by, but had kept the details to herself out of respect for her first client in about half a decade. Now she realized she couldn’t get Max’s help without bringing him fully on board. She’d tried keeping him in the dark once before, during her investigation into Blue Serpent; it had turned out disastrously for them both. The specter of Lacy’s disapproval could take comfort that Max was good at keeping secrets. “How well do you know her husband?”

“Aaron? Not well. I see him at meetings sometimes.”

“So you don’t know what he does in his spare time, say after work?”

She regarded him over the rim of her mug, drumming her fingers on the sides of the ceramic.

Max straightened his tie, glanced at her in the mirror, and frowned. “Don’t even ask.”

“But you could be.” Lord knows he could use more friends. Of course he could say the same thing about her, especially since Stacey took off five years ago for destinations unknown, but this wasn’t about her.

“I’m not palling up with someone I barely know just to find out what he does after work.”

“Okay, fine.” She took another slurp of her coffee. “Could you at least find out what his schedule looks like over the next week or so?”

Shoving the end of the tie under his vest, he turned to face her and shook his head.

“Then I’ll have to spend all day and night staking him out. Don’t know how long that’ll go on for. When my mom comes to visit in a couple days, you’ve got it covered, right?”

Max’s gorgeous hazel eyes drilled into her, his lips tightened in a half-smile. Hot damn, never had bemused frustration looked so sexy. She loved twisting his screws just to get that look.

“To state the obvious, you are manipulative,” he said as he snatched his suit coat off a loveseat in the corner and slipped it on. “I’ll see what I can do, alright?”

She jumped up and kissed him, careful not to slop coffee on his suit. “Thanks. You can punish me later.”

“You bet I will.” He slapped her ass and seized her lips with his, kissing her with such force she thought he might throw her on the bed and make love to her right then. When his kiss turned her insides to liquid and she started pulling at his belt buckle, a feverish desperation for him burning in her belly, he pulled away, stepped past her, and bounced down the stairs.

She gasped, the void where he used to be like a splash of cold water to her face. “Tease,” she called after him.

He snickered the rest of the way to the first floor. Yeah, real fucking funny. She’d make him pay for that. He wouldn’t be getting any sleep tonight, that’s for damn sure. Shana Figueroa is a published author who specializes in unique romance and humor, with occasional sojourns into horror, sci-fi, and literary fiction.

She lives in Massachusetts with her husband, two young daughters, and two old pugs. By day, she serves her country in the US Air Force. By night, she hunkers down in a corner and cranks out the crazy stories lurking in her head.

Connect with her at www.shanafigueroa.com.