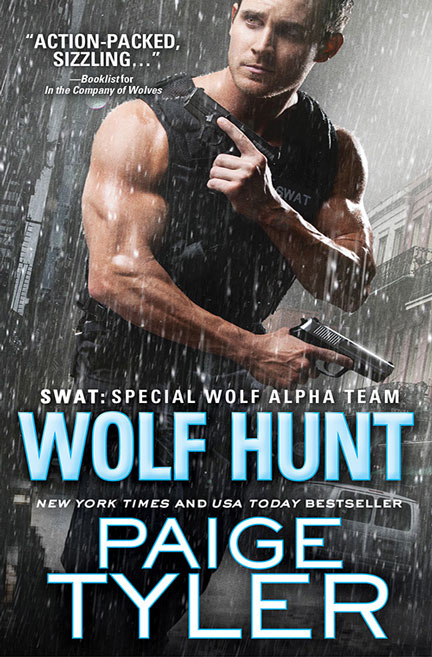 Triana was having so much fun, she was disappointed when they finally reached her mother’s voodoo shop and the apartment over it. Even though it was after two in the morning, she didn’t want the evening to end yet.

“The shop hasn’t changed much, but do you want to come in and look around anyway?” she asked hopefully.

Triana unlocked the door, then closed and locked it behind them quietly, so she wouldn’t wake her mom. When she turned back around, Remy was already walking around the dimly lit shop, taking in the shelves upon shelves of knickknacks that had mesmerized her since childhood. The overhead lights were off, so the red, green, and purple neon tubes that edged the display windows were the only source of illumination, but it was more than enough to guide her steps as she moved to Remy’s side. She watched as he picked up the various dolls, candles, beads, tarot cards, potions, books, and other trinkets that filled the store. For such large hands, he handled everything he touched with a surprisingly gentle touch.

“Everything is exactly the same as I remember it.” He turned to smile at her, a warm glint in his eyes. “Well, not everything. You’ve changed quite a bit.”

The heated way he looked at her made her tummy quiver. “Really. How so?”

Remy took her hand and tugged her closer. The tips of her nipples grazed his muscular chest, sending tingles spiraling through her. “I tend to remember you as a shy, somewhat awkward girl who was all knees and elbows back then.”

She laughed softly, a little embarrassed. Yeah, that was a pretty good description of her when she was in high school. She had been what her mom called a late bloomer, so everything had changed her freshman year in college, when her body had made up for lost time.

“And now?” she asked in a near whisper.

He bent his head until his face was so close to hers that she could feel the warmth of his breath on her skin. His left hand came up and found her hip, slowly gliding back and forth across the silky material and heating the skin underneath.

“And now, you definitely aren’t shy, you move like a cat, and all those knees and elbows have turned into some serious curves I’d love to explore, since I’m smart enough to know what I want.”

She blushed at hearing him put all that into words. “No one’s stopping you.”

The glint in his eyes flared brighter for a moment as the neon lights caught them. Then, one of Remy’s hands was in her hair and he was kissing her. A moan involuntarily escaped her lips as his mouth came down on hers and his tongue slipped inside. He tasted so delicious she couldn’t help it.

She slid her hands up the front of his shirt and grabbed his shoulders, squeezing hard as she pulled him even closer, urging him to kiss her harder.

Remy must have understood what she was trying to say because the hand in her hair tightened possessively and his tongue teased hers more aggressively. At the same time, his free hand moved around from her hip to her lower back, fitting her against him so firmly she could feel every ripple and bulge in that perfect body of his. And one of those bulges suggested he was enjoying the kiss just as much as she was.

Triana melted against him, surrendering to a kiss she’d been fantasizing of for over a decade. She’d heard women talking about going all weak kneed from a great kiss, but she’d never experienced it or even believed it. She believed it now. If Remy hadn’t been holding on to her so tightly, she was sure she would have just collapsed to her knees right there in front of him.

Isn’t that an interesting thought? PAIGE TYLER is a New York Times and USA Today bestselling author of sexy, romantic fiction. Paige writes books about hunky alpha males and the kick-butt heroines they fall in love with. She lives with her very own military hero (a.k.a. her husband) and their adorable dog on the beautiful Florida coast. Visit her at www.paigetylertheauthor.com.

See where the SWAT series got its start! Enter for a chance to win one of 10 copies of Hungry Like the Wolf by Paige Tyler!